In Hannah Fielding’s latest novel a young archaeologist who travels to the remote island of Helios to investigate an ancient shipwreck, becomes caught in a web of dark obsession, mystery and seduction.

In ancient Greece, one of the twelve labours of Hercules was to bring back a golden apple from the Garden of Hesperides. To archaeologist Oriel Anderson, joining a team of Greek divers on the island of Helios seems like the golden apple of her dreams.

Yet the dream becomes a nightmare when she meets the devilish owner of the island, Damian Theodorakis. In shocked recognition, she is flooded with the memory of a romantic night in a stranger’s arms, six summers ago. A very different man stands before her now, and Oriel senses that the sardonic Greek autocrat is hell-bent on playing a cat and mouse game with her.

As they cross swords and passions mount, Oriel is aware that malevolent eyes watch her from the shadows. Dark rumours are whispered about the Theodorakis family. What dangers lie in Helios: a bewitching land where ancient rituals are still enacted to appease the gods, young men risk their lives in the treacherous depths of the Ionian Sea, and the volatile earth can erupt at any moment?

Will Oriel find the hidden treasures she seeks? Or will Damian’s tragic past catch up with them, threatening to engulf them both?

This is the first Hannah Fielding book I’ve read, and I’m glad to say that it did not disappoint! I had encountered this book through another author saying how much she loved it, and I decided to give it a go. I contacted the author and she was more than happy enough to send me the ebook copy of her newest book. I was immediately caught by the Greek setting and epic love story thing going on when I read the synopsis. If you’re a fan of 1970’s themed books set in Greece and complete with an epic romance between the main characters and Greek mythology, this is something you need to try and check out.

The story starts with Oriel comes to Helios, a small remote island in Greece, to do some archaeological work, as she is an archaeologist. During this time, it was a man’s world in archaeology, and women were still striving to have a place in it. So she was employed to be the senior archaeologist in a ship wreck excavation in Helios by no other than Damien Lekkos. But before those two saw each other, they already had a vivid and wild first encounter with each other 6 years ago in Greece – two grieving souls who found each other one night. So just imagine their surprise when they finally saw each other again! Throughout the whole book, it was a constant struggle for both Damien and Oriel to not get affected with each other’s presence, both their blood singing to each other. Obviously, the book had a lot of sexual tension between them and it was killing me! But what I loved especially about the romance of the book was that it was an epic love story. I’m a huge sucker for these types of books, because it’s something so much deeper and heartfelt than other romance novels. Fate and destiny were in their favor, even after all those years, and it just made me want to hug both of them. You can never deny the chemistry between Oriel and Damien even from the start of the book, and you will root until the end for them to be together. Not to mention the steamy sex scenes! It’s been a while since I last read an adult romance that wasn’t heavily descriptive when it comes to sex, and the sex scenes were written with elegance which was definitely much more exciting (and a bit of a turn on) to read.

Another set of things I loved about this book are the vivid imagery and world-building mixed with historical aspects and mythology. The author had mentioned at the end that she took some real aspects from history and wove it in her own story – and she did a spectacular job with it! It’s actually what the book seem much more attractive because I love real events being mixed with fiction. Also, Hannah Fielding’s descriptions of everything is SUPERB. Everything is so detailed and vivid, so I was able to easily imagine the setting, the food, the places, the figures clearly! Nothing was left for imagination! The writing style was like music and poetry at the same time, and it was just so relaxing to read. Sure, the book was long, but it was worth it. I really loved it! I also hope that this same writing style can be seen in her other books.

The mythology of the books was something fun and familiar at the same time. Greek mythology will never get old, and it was used as metaphors in the book which I really enjoyed! I also loved how new Greek myths were introduced, since I have never heard of them before until now. It made me want to read more on the hidden Greek myths.

This book tackled a lot of patriarchal themes and women empowerment. Remember, 1970s is still a time where feminism was not yet widely acceptable as it is now – especially in a small Greek island that still follows the old ways. So not only was Oriel able to conquer her position as a female archaeologist, but she also needed to adjust herself to the culture of the people in Helios. I loved how strong and defiant she was with standing up for herself when a lot of scenarios were trying to break her down just because she is the fairer sex. Even though Damien and other characters had explained to her the values and culture that the people in Helios practiced, Oriel respected it but still did her own way. Plus points for girl power!

I have a lot more things to gush about this book, but I don’t want this post to be too long. All I want you guys to know is that I highly enjoyed reading this book, and even if it took me some time to finish it, it was worth it!

Make sure to get your copy of Aphrodite’s Tears here on Amazon. 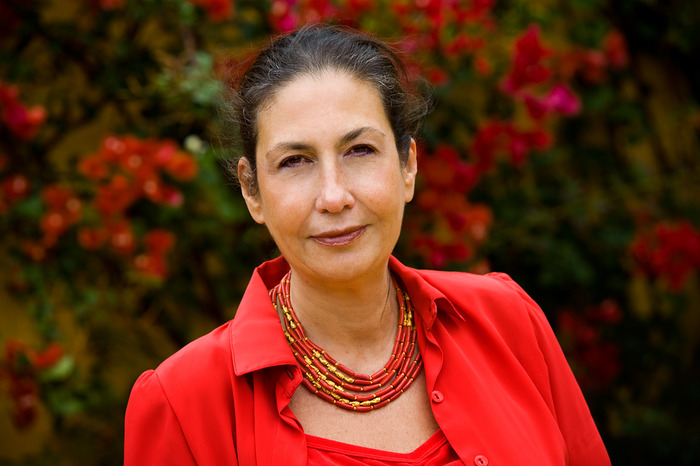 Hannah Fielding is an incurable romantic. The seeds for her writing career were sown in early childhood, spent in Egypt, when she came to an agreement with her governess Zula: for each fairy story Zula told, Hannah would invent and relate one of her own. Years later – following a degree in French literature, several years of travelling in Europe, falling in love with an Englishman, the arrival of two beautiful children and a career in property development – Hannah decided after so many years of yearning to write that the time was now. Today, she lives the dream: writing full time at her homes in Kent, England, and the South of France, where she dreams up romances overlooking breath-taking views of the Mediterranean.

To date, Hannah has published five novels: Burning Embers, ‘romance like Hollywood used to make’, set in Kenya; the award-winning Echoes of Love, ‘an epic love story that is beautifully told’ set in Italy; and the Andalucian Nights trilogy (Indiscretion, Masquerade and Legacy), set in sultry Spain.

One thought on “Review: Aphrodite’s Tears by Hannah Fielding”